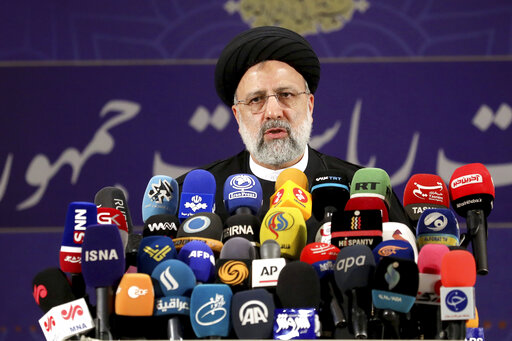 Although Iran elected its newest president nearly four months ago, the international community is still discovering the ramifications and implications of the recent election. The conservative cleric, Ebrahim Raisi, bested a handful of more moderate candidates. His candidacy and actions following the election, indicate a more confrontational posture towards Iran’s rivals in the Middle East and around the world. Raisi has also insinuated that he will prioritize the development of Iran’s nuclear program over mending US-Iranian relations.1

Raisi’s anti-Western stance marks a significant departure from the policy of engagement preferred by his predecessor Hassan Rouhani, who negotiated the Joint Comprehensive Plan of Agreement with Western leaders. The JCPOA limited the development of Iran’s nuclear program in exchange for relief from punishing economic sanctions that were imposed on the Islamic Republic. However, the Trump Administration’s withdrawal from the deal and reinstatement of sanctions prompted Iran to return to their nuclear efforts, much to the chagrin of European powers and Israel and Saudi Arabia.

While early statements from the Biden Administration suggested an opportunity for JCPOA re-negotiations, Raisi’s election and consolidation of power over the Iranian Foreign Ministry dissolved hopes for the reinstatement of the agreement. Raisi and his appointed officials share the belief that the JCPOA signatories (namely the United States) are unreliable negotiating partners. In September, Raisi removed seasoned diplomat, Abbas Araghchi, from Lead Negotiator with former JCPOA signatories in Vienna, Austria.2 Araghchi served under President Rouhani in the original JCPOA negotiations and in the recent attempts to persuade initial signatories to rejoin the deal. Araghchi’s willingness to work with American and European representatives directly opposes Raisi’s preference for disengagement. Araghchi’s removal is yet another demonstration of Iran’s unwillingness to pursue a negotiated solution to its standoff with the West.

While both Rouhani and Raisi were faced with a struggling economy as a result of American sanctions, Rouhani saw one solution: a negotiated removal of the sanctions, as briefly achieved by the JCPOA. However, the Raisi administration may not be interested in negotiating at all. Following his nomination for Foreign Minister, Amir-Abdollahian addressed the Iranian parliament, “the Ministry of Foreign Affairs will not be the Ministry of JCPOA during my term in office.” 3 Evidently, Raisi believes he can keep Iran’s economy afloat through economic ties to China and other neighboring Asian countries without sacrificing Iran’s nuclear program. To this end, Iran has formally joined the Shanghai Cooperation Organization, which will strengthen Iran’s economic ties to several important Asian economies including China, India, and Russia.4 However, it is currently unclear whether the benefits of regional economic integration will outweigh the costs incurred by continued U.S. sanctions.

While the economic success of Raisi’s wager remains indeterminate for the moment, the status of the Iranian nuclear program could change very quickly. In September, the International Atomic Energy Agency announced that Iran could have the materials required to create a single nuclear weapon in as little as one month.5 Although, this is one of several hypothetical timelines generated by atomic experts, these developments raised concerns among Iran’s rivals in the region. Israel and Saudi Arabia have historically followed America’s approach to Iran, but the failure of American sanctions left both states scrambling to respond to an Iranian regime that is on the threshold of becoming a nuclear power.

Israeli Defense Minister, Benny Gantz, vocalized Israel’s preference to return to the JCPOA while emphasizing that Israel would be prepared to go to war with Iran if the Islamic Republic successfully creates a nuclear weapon.6 Israel may remain true to this response as the last decade has shown Israel coming close to a declaration of war over Iran’s nuclear program. It is widely assumed that Israel is partially responsible for operations such as the Stuxnet cyber-attack on Iranian nuclear facilities and the assassination of an Iranian nuclear scientist in 2020.7 Although Israel’s ability to wage a full-scale war against Iran is questionable, it is reasonable to assume they would conduct more frequent forms of this small-scale sabotage and violence.

While Saudi Arabia is less vocal about their future response to an achieved Iranian nuclear weapon, they have diligently tracked the situation. The Saudis themselves have not committed to any declaration of war, due to their current war with the Houthi rebels of Yemen. The Saudi commitment to the war in Yemen is reflective of their concern over the growth of Iranian proxies across the Middle East. In addition to the Houthi rebels in Yemen, Iran supports Lebanon’s Hezbollah movement and many Iraqi militias. Saudi Arabia has wanted to pressure Iran into halting support for these groups for some time. Saudi Arabia has refused to diplomatically engage Iran because it feared that any settlement formed with Iran would only legitimize Iran’s connections to the proxies, further entrenching Iranian influence in the region. If the Saudis do not view conventional warfare or diplomatic engagement as viable options for dealing with Iran, few options remain. Saudi Arabia may opt to engage in small-scale targeted violence against the Iranian state, following in Israel’s footsteps. More troublingly, it is also possible that Saudi Arabia will attempt to procure its own  nuclear weapon to restore the balance of power with Iran.

The continued development of Iran’s nuclear program under the Raisi administration has upset the status quo that had balanced the Middle East in recent years. Raisi’s bet that China can stabilize the Iranian economy has allowed Iran to continue its pursuit of a nuclear weapon without being forced to the negotiating table by American sanctions. According to nuclear experts, Iran could finish its first nuclear weapon in the next few months. If this occurs before a negotiated return to the JCPOA is reached, the Middle East will be jolted into a new direction. This new direction is difficult to forecast, but it is unlikely to result in greater stability across the region. 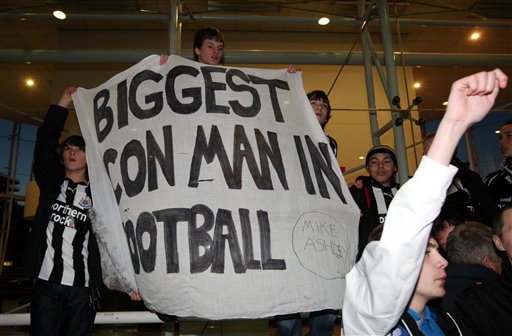 On October 07, St. James Park swelled with Newcastle United (NU) fans reveling in the Premier League (PL) football club’s transferal of ownership. After 14 years, owner Mike Ashley was finally ousted from his position. His reprehensible behavior, which included a notable lack of interest in the club beyond its monetary success and the club’s enduring two league relegations, compelled Newcastle to fire the maligned retail tycoon . Replacing Ashley, however, is the Saudi backed Public Investment Fund (PIF), an organization with distinct ties to a regime notorious for human rights abuses. In its official announcement, Newcastle United identified a PIF-based investment group, PCP Capital Partners, and RB Sports & Media as the primary architects behind the recent takeover. However, Newcastle’s announcement was marked by its failure to disclose that Saudi Arabia’s crowned Prince, Mohammed Bin Salman, serves as Chairman of the PIF.1 This connection contradicted the basis for Ashley’s removal and embroiled the NU and PL in controversy,  sea of controversy and backlash.

Both the Premier League and Newcastle United responded to the ensuing backlash by qualifying  that Saudi Arabia provided legal assurances that, “it will not be in control of one of its member clubs,”  stressing that PIF is independent of the Saudi government.1  This statement starkly juxtaposed the PIF’s own emphasis on its role at the center of Saudi Arabia’s Vision 2030. More disturbingly, the PIF has played a direct role in the Saudi human rights atrocities, as  two PIF-owned aircrafts were  deployed in the assassination of Jamal Khashoggi. NU’s contradictory  vacillations are further evident in  statements from Newcastle’s LGBTQ+ inclusive supporters’ group, United with Pride.  United with Pride justified the transition of ownership as an opportunity to sway political actors in Saudi Arabia, arguing that “​​There is potential to be a positive influence to improving the conditions for the LGBTQ+ community in Saudi Arabia and elsewhere.2  This type of statement is frequently deployed  by international sporting federations, where unfettered capitalism and the subversion of human rights for profit is  justified  as an opportunity  to spread progressive ideas across the globe. Such a vacuous statement is a direct affront to tireless efforts of human rights campaigns and human rights activists, whose efforts have often been impeded by the Saudi Arabian government.

Rather than facilitating the spread of human rights, the PIF’s acquisition of NU is an intentional move to use sports as a cloak, thereby shielding and burying its own  atrocious human rights record. This effort is best understood within the framework of “sportswashing,” a term coined by Amnesty International in response to the controversial purchase.3 Thus far, Saudi Arabia’s appear to be successful in essentially buying the silence of NU and PL supporters alike.

Khashoggi’s assassination represents a single instance part of a longstanding series of Saudi Arabia’s neglect for human rights. Amnesty International, among other organizations, vocalized their disapproval of the takeover. “[…] It represented a clear attempt by the Saudi authorities to sportswash their appalling human rights record with the glamour of top-flight football,” said Amnesty International’s UK chief executive, in an interview with Reuters.4

There are a lot of incentives for governments to enter the sports arena. Perhaps the most obvious are the economic benefits. This takeover represents the Saudi economy’s gradual shift away from its reliance on oil and gas. The country currently has a relatively high per capita income which is relatively high. However, it shoulders one of the highest rates of income inequality.5 Much of this can be attributed to the country’s use of migrant laborers, often from South or Southeast Asia.

As of 2020, the Human Rights Watch estimated that there were around 10 million migrant workers in Saudi Arabia.6 Migrant workers were reported to live in “degrading”, “unsanitary”, and “extremely overcrowded” conditions. By “sportswashing,” Saudi Arabia covers up this injustice.

Even from a sports perspective, the move is part of a negative trend. The Saudi’s Newcastle takeover is not the first time that oil-rich Middle Eastern owners have eyed soccer teams.  Two of Europe’s top clubs, Manchester City and Paris Saint-Germain were purchased by investors tied to the UAE Government. Both teams have enjoyed a nearly endless budget for their expenses and potential transfers. However, this can and will create unfair advantages for many of the other teams in the competition. For example, in 2019, Huddersfield Town operated with the lowest budget in the English Premier League: a lowly £125m turnover. At the opposite end of the ladder, Manchester City has the highest value with £500m turnover.7

In theory, the teams with the most money attract high quality players and win championships. These teams will also generally have higher ticket sales and media coverage. In other words, with tycoon external owners, the wedge between the wealthier and poorer teams grows, forming a quasi-class system with little mobility.

Most importantly, the Saudi takeover sheds light on the intersectionality of sports. Sports can be a theatre for ongoing social issues and oppressive social systems. While Newcastle fans are rightly excited about their team’s potential, there are many layers of corruption and violence in the background.