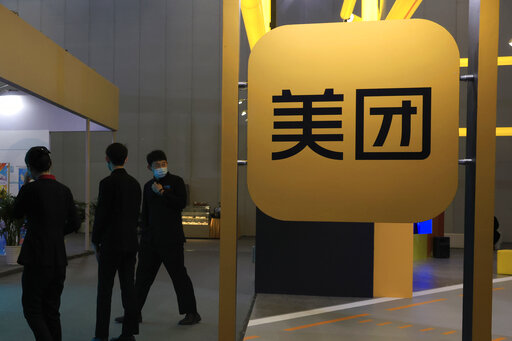 It has been the crackdown heard all around the world, Beijing’s unprecedented measures to regulate culture and its tech sector caused fangirls and tech giants alike to tremble. Over the past few months, the Chinese Communist Party asserted its control through wide-ranging measures extending from the suspension of online celebrity fan forums to new legislation around digital spaces, regulating e-commerce and ride-sharing apps and cracking down on cryptocurrency. Unfortunately, many have reduced the complexities of the situation to an expected clash between the CCP and the tech sector. However, there are three salient parts of the recent crackdowns, including, a data security overhaul, an antitrust crackdown, and a, “check on capitalist excess”.1 Throughout this article, I address the last element, arguing that there is an erroneous correlation between the check on capitalist excess and the idea that Socialism is being reinvigorated in China.

Xi Jinping justified the recent crackdown with a call for “common prosperity”, leading many to assume that a socialist movement is well underway in China. However, this interpretation is misleading as it neglects to consider the possibility that China never really abandoned socialism. The CCP established ‘socialism with Chinese characteristics’, which never fully embraced a Western-style of capitalism, nor directly followed the Communist Manifesto. Instead, this model wavered between the two and maintained the idea of preventing private gains from impeding public interests. At the 2020 Politburo meeting, leaders of the party committed to, “reinforce anti-monopoly and prevent capital from expanding in a disorderly fashion,” which explains the suspension of China’s biggest tech giants.2 As explained later, this idea of ‘disorderly expansion of capital’, is better understood within the larger context of China’s development and innovation patterns.

Following the death of Mao Zedong and the aftermath of the Cultural Revolution, Deng Xiaoping introduced market measures that gradually embraced private businesses and foreign investment. This was not a “last gasp” for socialism, as is frequently assumed in parts of Europe and the Americas, instead, it was pursued as a means to increase China’s development. Furthermore, Deng’s “摸着石头过河”, or “crossing the river by feeling for stones” approach, signals that privatization was used as a tool to solidify China’s ability to maintain long-term and successful socialism.. Contrary to popular perception, China never pivoted towards Western-style capitalism as the Chinese economy has continued to encompass both state-owned enterprises and private businesses. China has attempted to employ a more capitalistic economic model with strict guardrails to ensure that successful, free-market enterprises do not eclipse public interest or the socialist values of distributions of wealth, “observers see an imperfect government trying to meet public demands without the ankle weights of Western neoliberal politics.”3 The government’s hard-lined response to tech sectors and fintech platforms is ideologically driven but is perhaps also a response to their lack of control over these sectors.

Throughout recent history, The CCP has opted to relinquish some of its centralized control to experiment with more decentralized development initiatives, hoping to turn resources into influence and using any failures as an opportunity  to refine China’s economic statecraft. This can be seen in the Belt and Road Initiative as well as in some aspects of Deng Xiaoping’s opening-up reforms. Up until now, the development of e-commerce and cryptocurrency in China followed a similar path- although whether the CCP’s hands-off approach was due to this strategy or because members didn’t fully understand the tech space is debatable. What is clear, however, is that the CCP has suddenly realized its lack of control and is now in the process of refining China’s tech industry to better reflect the country’s larger approach of combining private industry and public regulation.

China is not alone in its struggles to navigate regulations around FinTech, digital assets, and the ever-growing digitization of commerce. Countries all over the world are maneuvering through the politics of controlling these sectors. Thus, scholars and analysts should be wary not to oversimplify the recent crackdown as a mere clash between a communist ruling party and a capitalistic tech industry. China never abandoned socialism but instead undulates between managing private gains and a prosperous economy with public demands and interest.